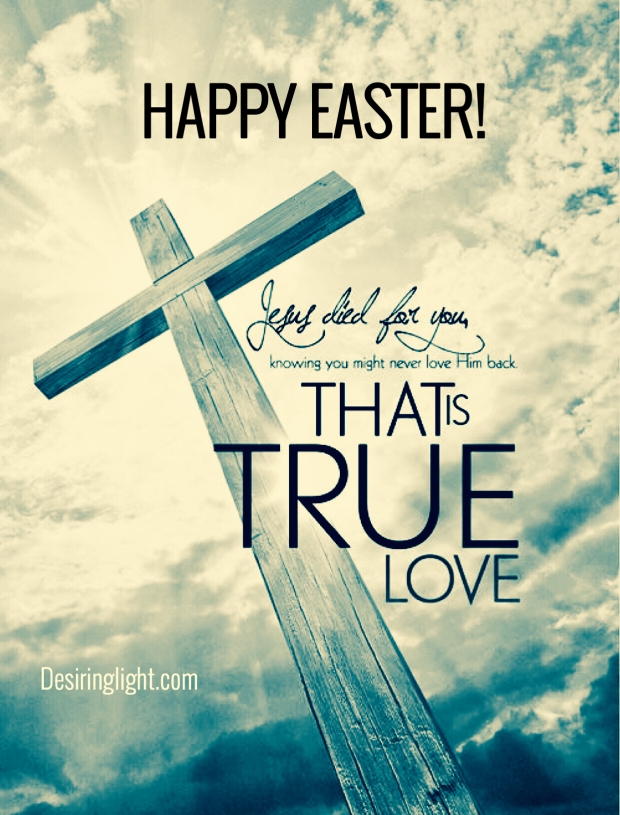 Based on God’s unconditional love for us and by His authority, He has done something that no human could do or even hope to understand (except through faith). The world witnessed God’s mighty power in the most important truth in the history – the death of Jesus and His resurrection. Surely it was God’s perfect plan, just as He planned Jesus’ miraculous birth (another event that’s beyond human understanding).

His resurrection has enormous relevance and impact to the lives of all of humanity.

This event was not only predicted by Jesus himself (that He would die and rise again after three days – the description is in Mark chapter 8), but also foretold in ancient times by the Old Testament prophets. Why would God hand His perfect and sinless Son over to religious but blindly misguided people who would harm and kill him?

God’s love and mercy are great, even to the point of His willingness to send His own Son to die on the cross of Calvary to pay the penalty of sinful mankind. He did this so that He, in complete justice, could forgive those who are willing to turn away from self-dependence and sin and turn to reliance upon Christ and His finished work.

As it is clearly stated (in Romans 6), with the death of Christ, our sins become powerless to rule over us. Without the sacrificial death of Jesus Christ as the lamb of God (who was perfect, without any blemishes), we would still be in our sins, unforgiven, unsaved, and unloved. The cross erases our old lives. So the cross is not just a symbol, it is the mark of our salvation.

The story of Christ did not end with his death.  His resurrection is equally vital to the message of the gospel. He rose from death just as He told His disciples he would (in Matthew 16:21).  If He is not risen from the dead, then we would still reside in darkness with no hope.

Because of His resurrection, his promise holds true. He said (in John 14:19), “Because I live, you also will live”. Our great enemy, death, will be defeated.  It is impossible to separate the death of Christ from His resurrection. You can’t believe in one and not believe the other, as that would be a false teaching of the gospel. We are forgiven of our old sins by His blood on the cross and receive our new lives by His resurrection. Now we as believers and followers of Christ are no longer under the power of sin. And that is why we celebrate Easter. Our Lord is risen! Nothing can separate us from the love of God.  Amen!

“This is love: not that we loved God, but that he loved us and sent his Son as an atoning sacrifice for our sins.”[1John 4:10]

Christian blog, a personal testimony of how God can inspire and change Lives.